Congratulations to Austin Stacks U14 girls who finished the year in great style when they defeated Kerins O’Rahilly’s in the Town League ‘A’ Final this afternoon (Sat 27th October) in Ballyrickard.  The 1st half was evenly contested with Stacks ahead by just 2 at the break HT Stacks 2-3 KOR 2-1.  But Stacks took this game by the scruff of the neck straight from the off in the 2nd half and completely dominated the rest of proceedings.  It was a half which their coaches can be immensely proud of as the team supported each other superbly with each and every girl giving 100% for their club. Captain Róise O’Donnell in her acceptance speech thanked Kerins O’Rahilly’s for a very sporting game played in tough conditions.  Well done to Peter, Tjitske & Owen for their dedication to this team over a long season.  We close the 2018 season as  title holders of the  U14 North Kerry Ladies Div 1 Shield &  U14 Town League ‘A’ Championship.  Well done everyone! #Rockettes

Thanks to Super Rockie Adrienne Mc Loughlin who took time out from her busy day to take the following photographs: 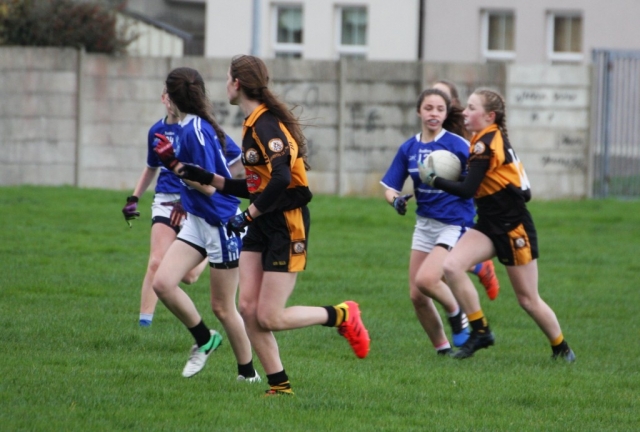